Methanol-fuelled ship orders outnumbered those with LNG propulsion for the first time last month， according to classification society DNV. 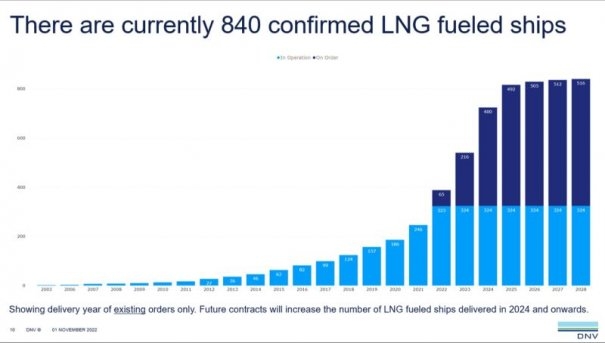 A total of just eight LNG-fuelled ships were added to the orderbook in October， Martin Christian Wold， principal consultant in DNV's Maritime Advisory Business， said in a LinkedIn post on Monday.

"The car carrier segment is fuelling the growth this month， bringing the total number of ships in this segment to 112，" Wold said.

The total compares to the six added to the orderbook on a net basis in September.

Meanwhile， a total of 18 methanol-fuelled container ships were ordered in October.

LNG-fuelled ship orders have slowed considerably in the face of this year's surging LNG prices since the invasion of Ukraine. But prices have dropped sharply in the past two months since reaching a peak at the end of the summer.