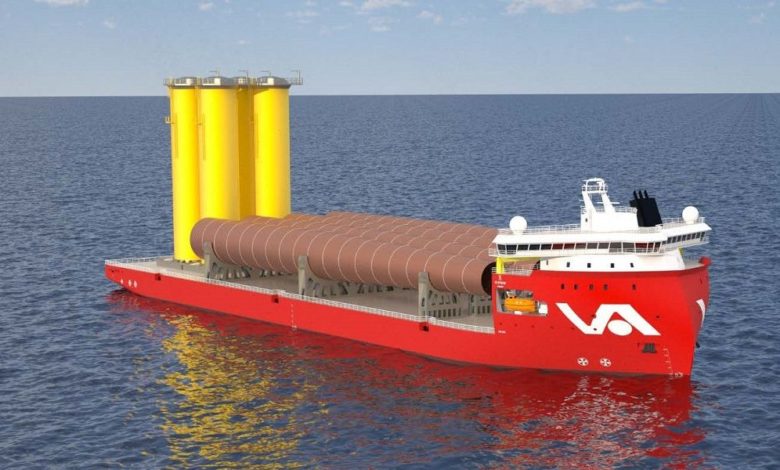 The HTV will be able to carry cargoes of up to 32，000 metric tonnes and deployed for transportation of structures such as monopiles， jackets， transition pieces and turbine blades to support offshore wind farm projects， as well as heavy structure modules for LNG and carry out floatover operations of offshore structures， Vallianz said.

The 173.6m long vessel will be driven by a hybrid power system consisting of alternative dual-fueled engines and a fully-classed battery energy storage system. In addition， it will sport the customized Ulstein HX120 design， which is said to contribute to reduced energy consumption.

The design has been developed by the Dutch design office of Norway-based Ulstein. The HTV’s electric battery system is to be provided by Shift， while the vessel will be classed by Bureau Veritas. Construction is expected to take up to 26 months， with planned completion by the end of 2024.

The move follows closely on the heels of another strategic project that Vallianz embarked on for the construction of a next generation service operation vessel to support the operations and maintenance of offshore wind farms.

Osman Ibrahim， Chairman of Vallianz， said: “In view of the anticipated increase in the size of monopiles and other components for offshore wind farms over the coming years， we believe there will be growing demand for newer generation vessels like our HTV， which can help to facilitate faster installation speed， better project economics and a reduction in carbon footprint. The addition of this HTV will also complement and expand the group’s existing “Holmen” fleet of heavy lift transport vessels.”